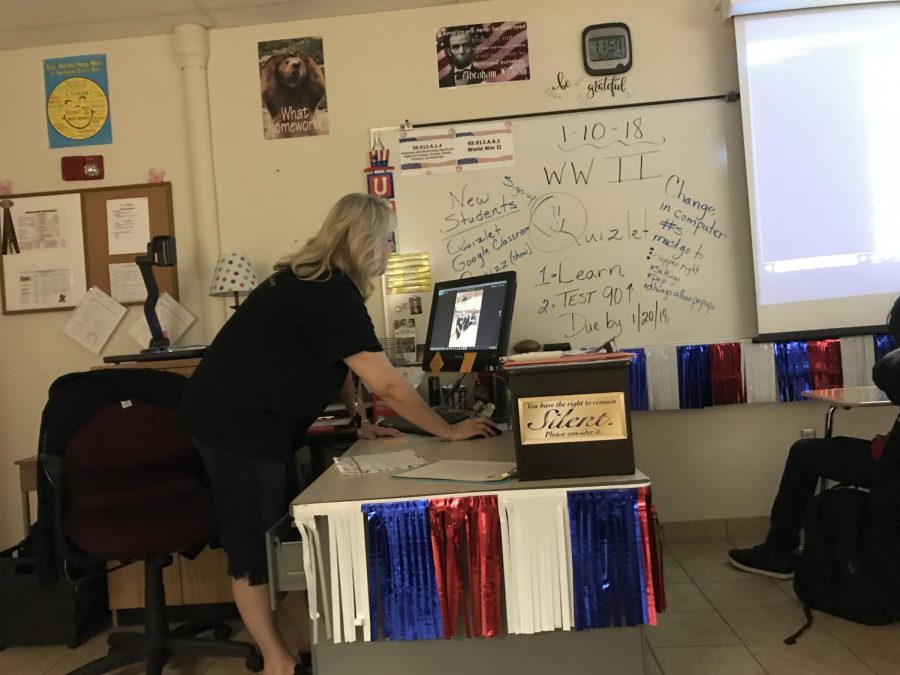 Every 1st and 3rd week during the second half of power hour, Mrs. Hall’s Live Love Paws club meets to discuss new ways to help animals.

Every Wednesday they wear their “Wagging Wednesday” shirts. Anyone can purchase a shirt or hoodie. Proceeds from these sales will go to help animals at the local SPCA. Deadline for orders is January 31st. People interested in purchasing a shirt see Mrs. Hall.

“Our mission is to promote awareness of spaying, neutering, over population, and euthanasia of animals,” Mrs. Hall said. Every week a cat and dog get picked to have the chance to be adopted. This week’s picks are a dog named Peanut and a cat named Grandma Peach.

Peanut is an 8 year old male dog. He was rescued from a flooded home after Hurricane Irma and he’s scared of children. He’s good with cats, prefers to be in adult-only homes, and should be in a single dogged home.

Grandma Peach is an 8 year old orange female cat. She’s declawed and in need of a good home. If anyone would like to adopt an animal visit www.24petwatch.com or call 1-877-291-1524.

“I really care about animals and I don’t want them to live in a shelter all their life. They deserve families,” Sophomore Kayla Zickefoose said.

Another thing this club has done to help animals was teaming up with GSA to make homemade dog treats. The treats were donated to the local SPCA. “It was exhausting to make the treats, but I was so happy to give the dogs treats I became overwhelmed,” Sophomore Amanda Maddox said.