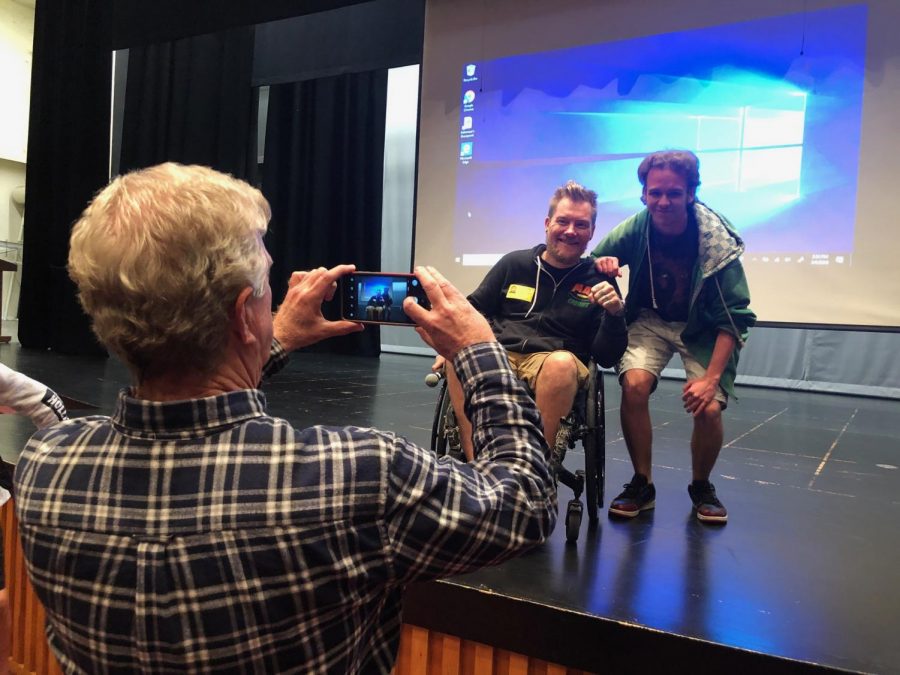 Most seventh period classes went to the auditorium to listen to guest speaker Kevin Brooks. Kevin talked about many valuable lessons but the main one was not to drive under the influence of drugs or alcohol. Kevin further talked about how he made that mistake himself and now has to live with the regret that he killed his best friend and paralyzed himself.

“The beginning was confusing for me because I didn’t know why he was sitting in a wheelchair.  As he explained his story into more detail I realized it was because he had become paralyzed in the accident all because he was driving under the influence,” freshman Ryan Colon said.