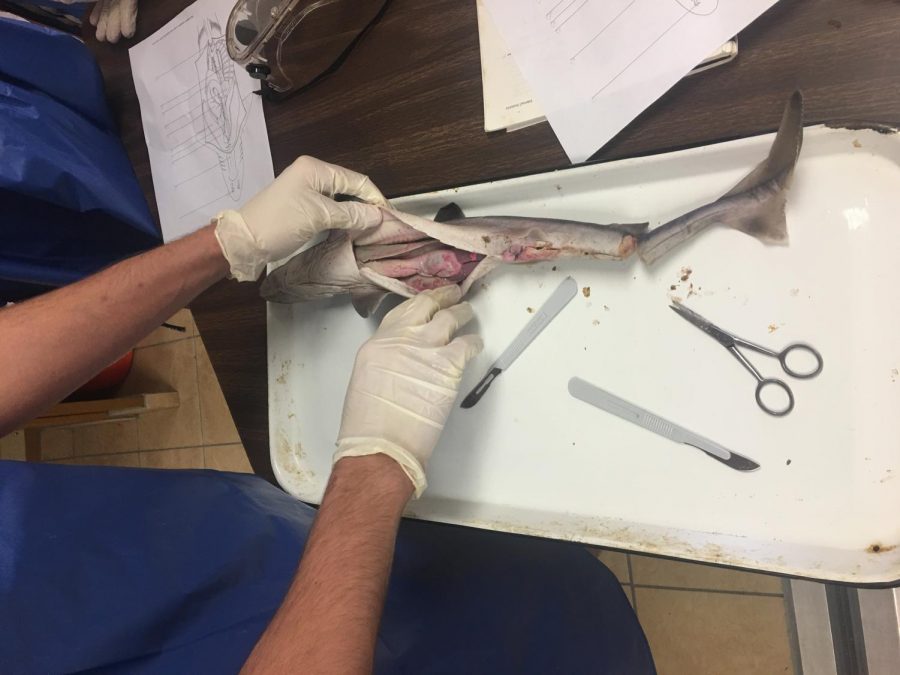 On February 2o, Mr. Bundy’s classes dissected sharks. The students participated in this lab because he wanted his classes to see the internal structure and organs of the sharks. The classes were already learning about sharks so the lab went along with the lesson.  Mr.Bundy ordered 20 sharks for the lab.  He put people in groups to do the lab because he knew that some would want to participate and others would just want to watch.

“Dissecting a shark was fun and seeing everything inside of it was a weird experience,” junior Charvelle Jackson said.

The classes took 3 days to learn about dissecting the sharks.  On the fourth day, they dissected the sharks  The day of the dissection, they were put into groups of 4 to 5 people.

“I put four to five people in a group so everyone had a chance to dissect and the ones who didn’t got to observe,”  Mr. Bundy said.